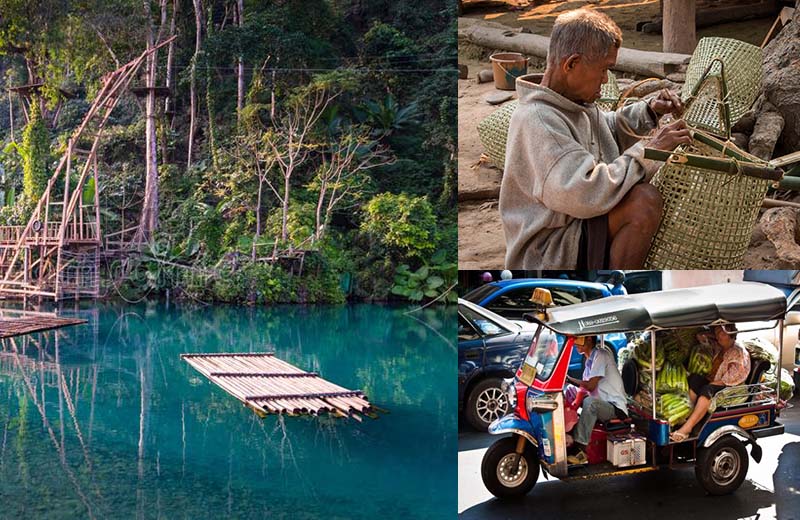 An unusual but fascinating and very interesting way to get to know Thailand is to cross it by car. Together with your guide who will speak your language, you will be able to learn about the history of this country from its origins, because the places you visit will be an open book on the history of this wonderful Pasese.
The first is an important stop, it will be Ayuttaya: The city of Ayutthaya, formally called “Phra Nakhon Si Ayutthaya”, is important for its temples and palaces. Ayuttaya was the capital of Thailand for 417 years and was declared a World Heritage Site by UNESCO in 1981. The Cambodian-style pagodas of the immense Wat Chai Wattanaram, scenically set on the banks of the Chao Praya river, are immersed in a mystical and highly suggestive context; the famous Wat Monkhon Bophit with its imposing and much revered statue of the Buddha in a sitting position is among the most fascinating Buddha statues in Thailand, The royal palace, the testimony of what Ayuttaya used to be.
Second stop: Kamphaeng Phet which was already a royal city in the kingdom of Sukhothai in the 14th century, then known by its old name Chakangrao. It formed an important part of the kingdom's defense system, as well as later the Ayutthaya Kingdom. Kamphaeng Phet Historical Park is an archaeological site which, together with Sukhothai Historical Park and Si Satchanalai Historical Park, is part of the historical city of Sukhothai and associated historical cities of UNESCO World Heritage.
Still going up the country a stop in Lampang, also called Nakhon Lampang to differentiate itself from the Lampang province, is the third largest city in northern Thailand and the capital of the Lampang province and the Lampang district. Traditional Lampang names include Wiang Lakon and Khelang Nakhon. The city is a commercial and transportation center. Lampang is located 601 km north of Bangkok and 101 km southeast of Chiang Mai. Lampang was an important city in the kingdom of Lanna. However, its historical significance is largely overshadowed by Chiang Mai or Chiang Rai which were the traditional seats of government and whose stories were well recorded in the chronicles.
Chiang Mai is a city in the mountains of Northern Thailand. Founded in 1296, it was the capital of the independent kingdom of Lanna until 1558. In its historic center you can see the remains of the ancient walls and the moat, which testify to its past as a cultural and religious center. Chiang Mai is home to hundreds of richly decorated Buddhist temples, including the 14th-century Wat Phra Singh and the 15th-century Wat Chedi Luang, decorated with snake sculptures and the Wat Phrathat Doi Suthep located in the mountains, from which a spectacular panorama of Chiang Mai:
Chiang Rai is the capital of the far north region. Located almost 600 meters above sea level. Its province borders Myanmar to the north and Laos to the northeast. Most of the territory is mountainous, with peaks reaching 1,500 meters high and several rivers flow in the valleys between the mountains, the most important being the Kok River, near which the city rises. This river is the main connection route with the neighboring province of Chiang Mai, it crosses the center of Chiang Rai and passes through several tribal settlements and parks from which elephant rides in the jungle depart. In the extreme north of the province there is an area called the "Golden Triangle" where the Mekong River and the Ruak River meet thus creating the border line between Thailand, Myanmar and Laos, while the high mountains all around they are inhabited by tribes such as the Akha, Lahu, Karen and Mon. The region has a long history of small kingdoms that had their origin in the pre-Thai period, while the city of Chiang Rai was founded in 1262 by King Mengrai: capital of the Lanna Kingdom until it was overtaken in importance by Chiang Mai. Today, Chiang Rai is a small but attractive city and presents itself as a perfect starting point for exploring the scenic and cultural beauties of Northern Thailand.
Lamphum and Wat Phra That Hariphunchai which is a Buddhist temple in Lamphun. The origins of the temple date back to the 11th century, but the central stupa is thought to have originated in the 9th century.
Sukhothai Historical Park, the capital of the Sukhothai kingdom. Sukhothai is located 12 km west of the modern city of Sukhothai Thani. Sukhothai means "dawn of happiness". Founded in 1238, and a UNESCO World Heritage Site in 1991.
On the way back you will not miss a stop in Lopburi (Monkey City) famous for the hundreds of macaques (small monkeys) that eat crabs that invade the old city, especially in the area around Phra Prang Sam Yod and the Phra Kaan Shrine. 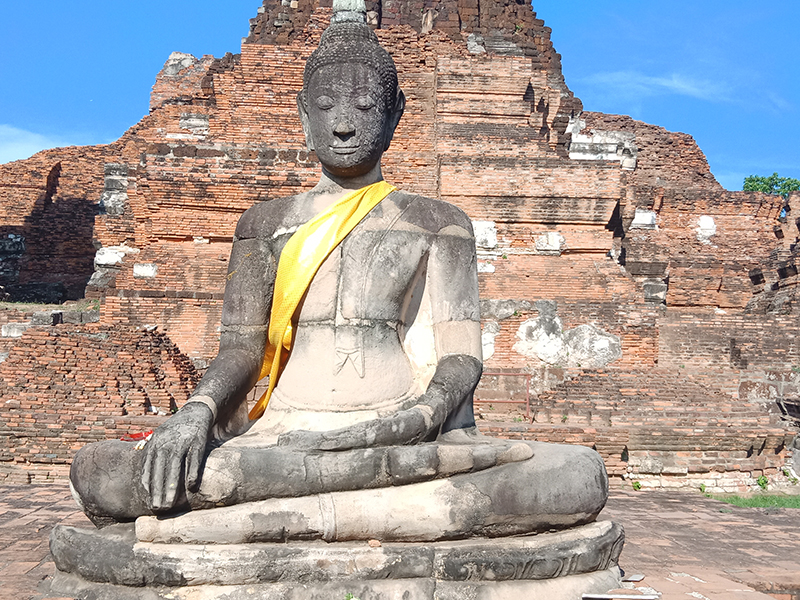 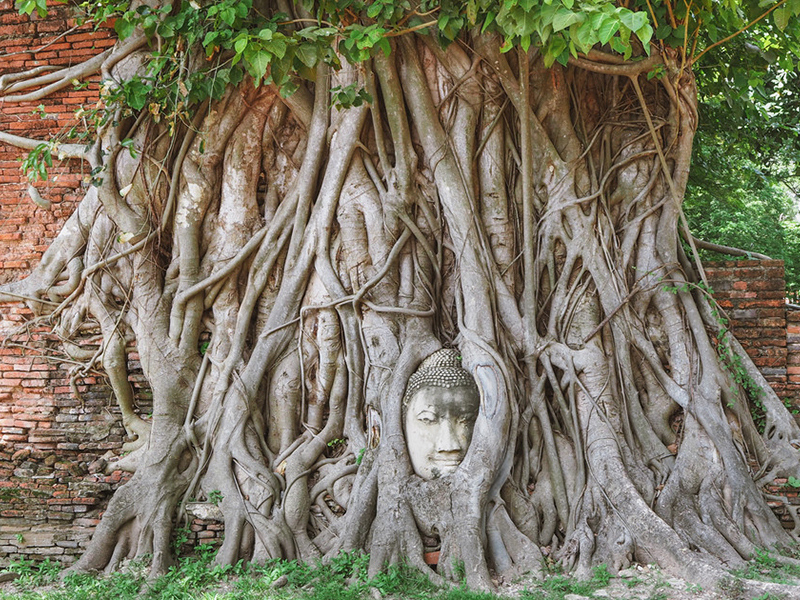 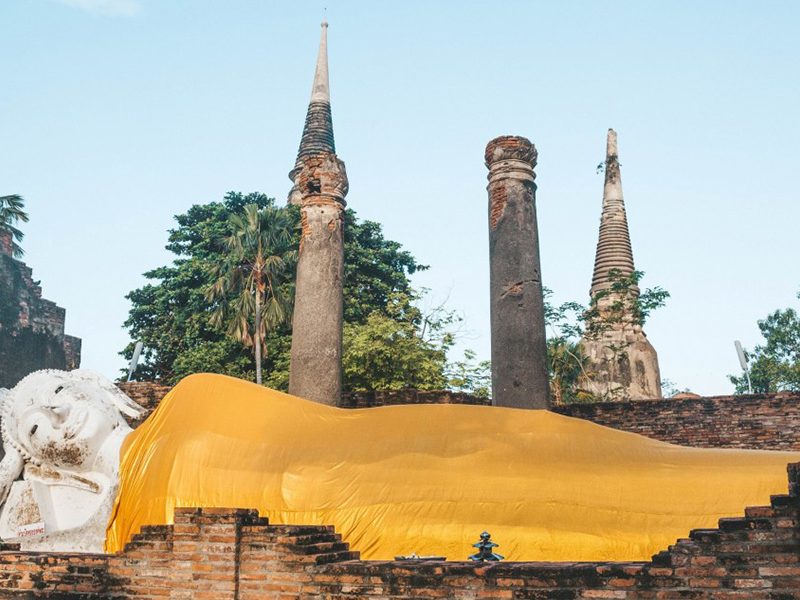 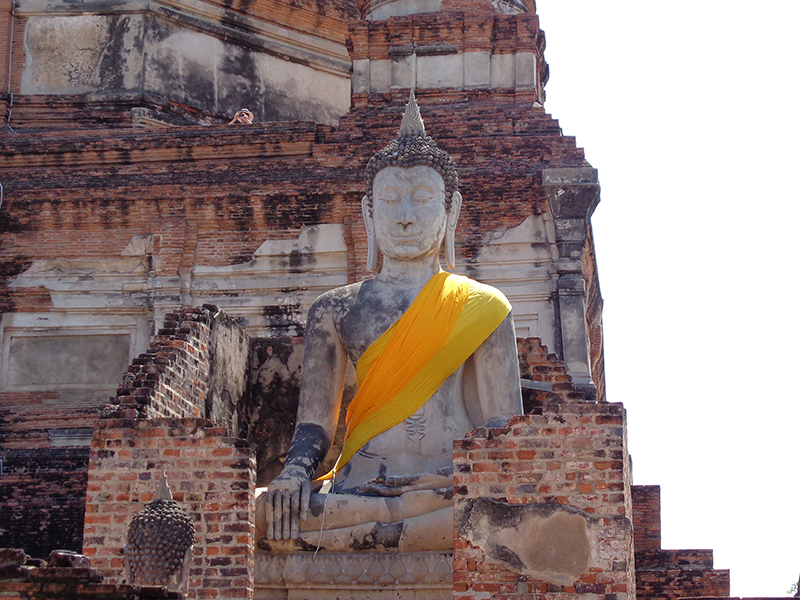 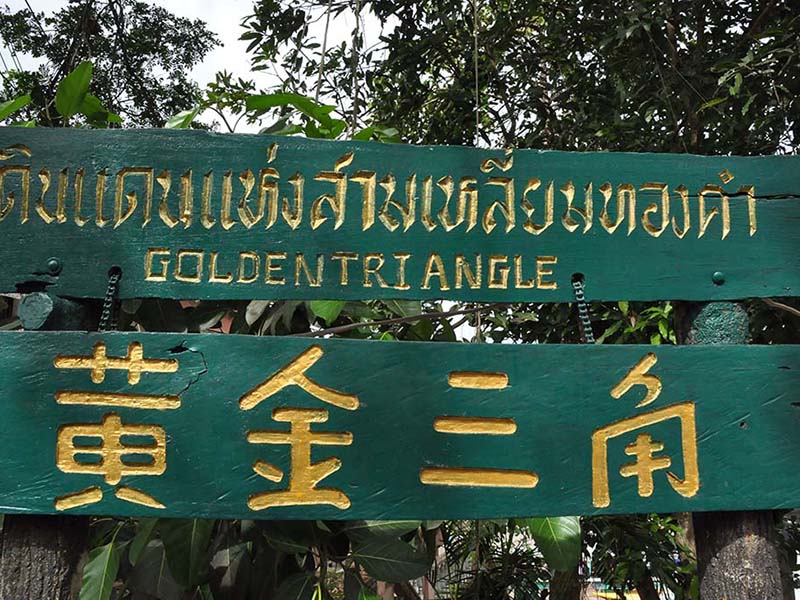 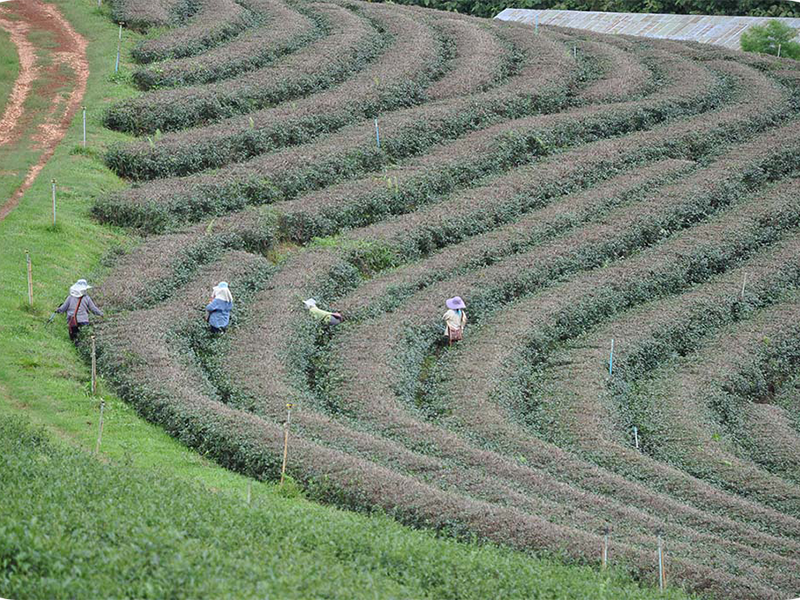 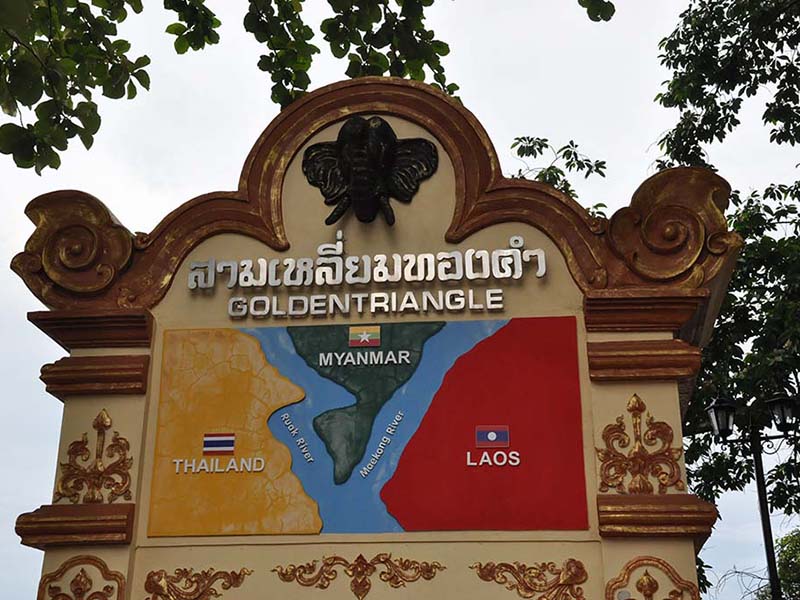 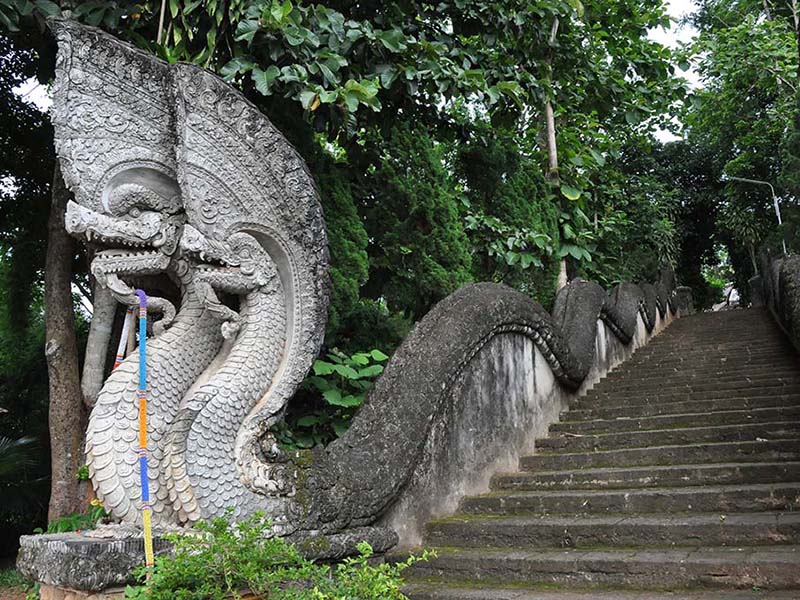 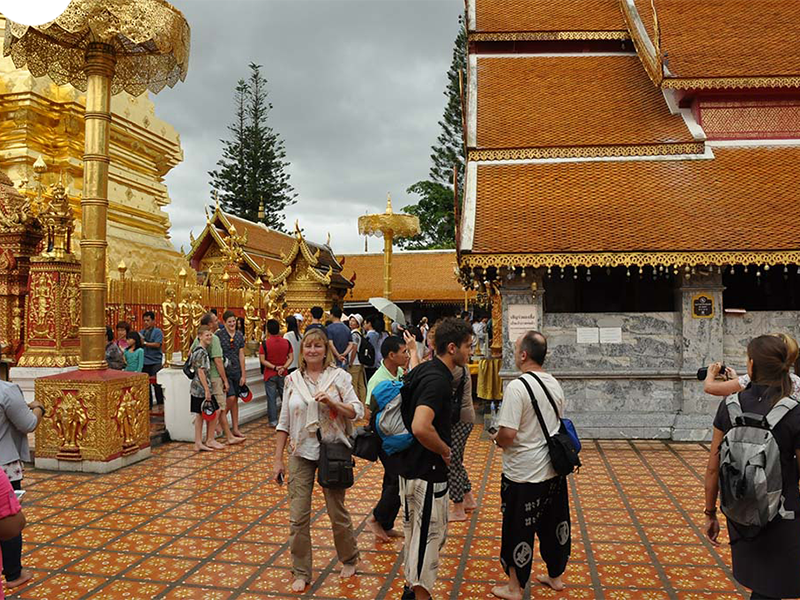 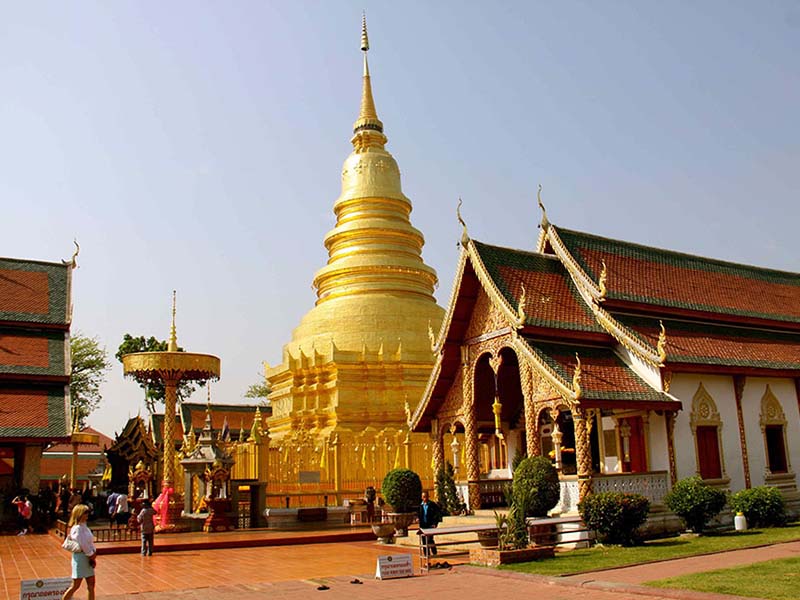 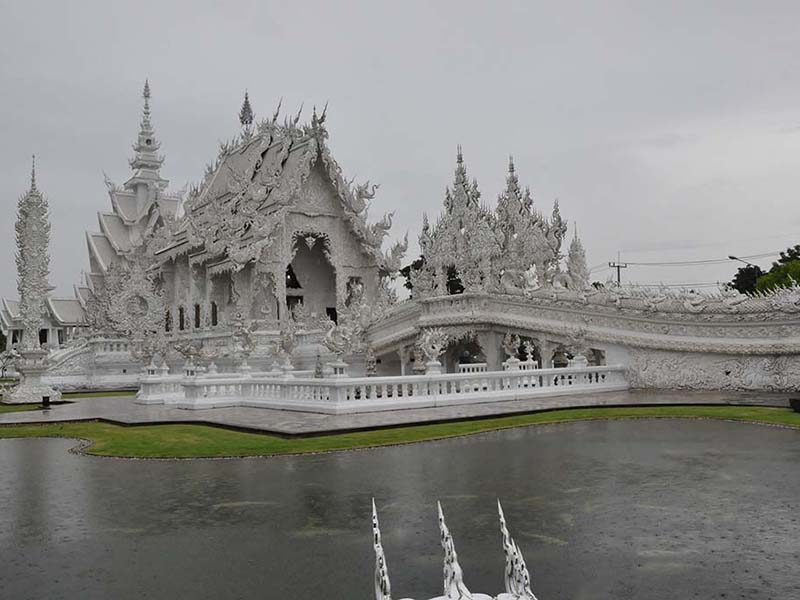 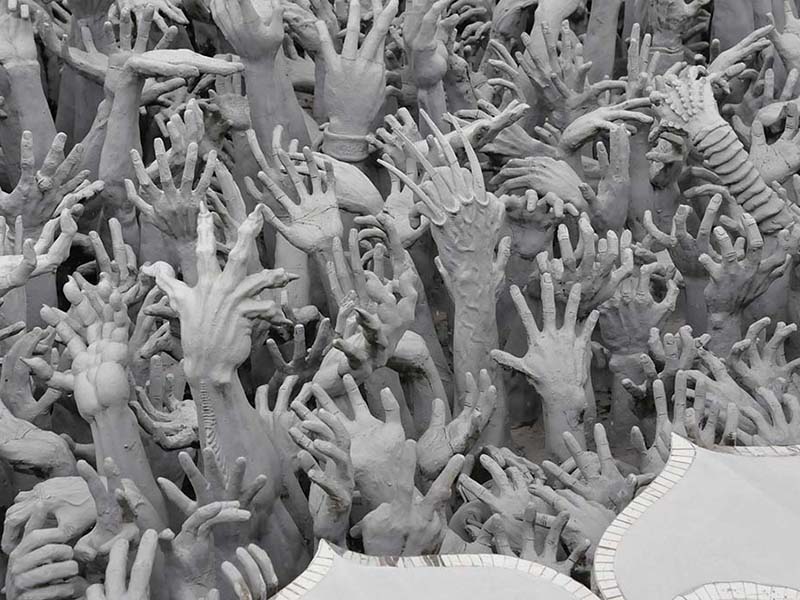 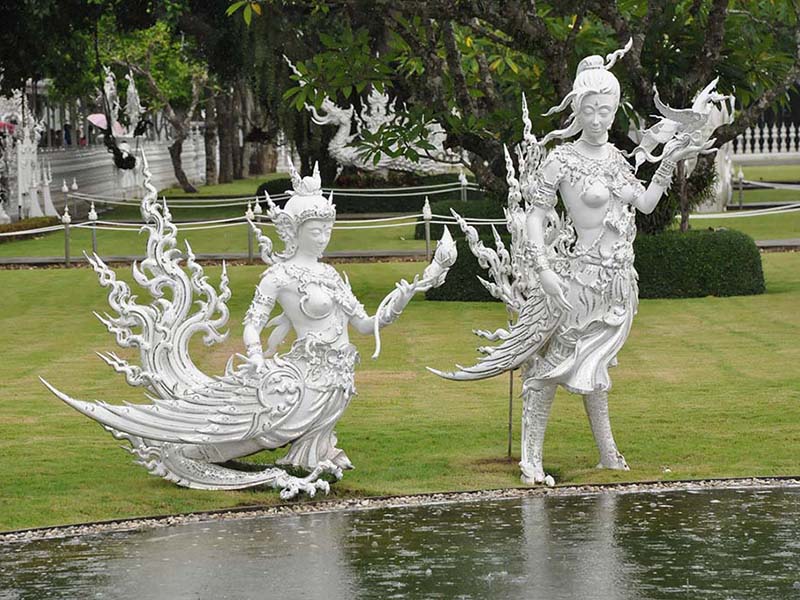 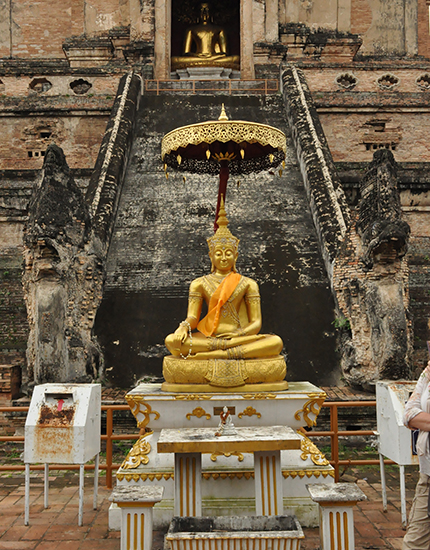